Link - This looks like it will be an interesting project.

Imagine being able to search for, and view, documents, letters, photos and objects from over 160 historical societies, libraries and museums in Maine, all on your computer!

Posted by Lori Thornton at 8:55 PM No comments: 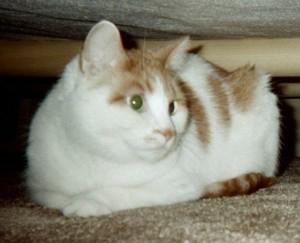 Posted by Lori Thornton at 9:53 PM No comments: 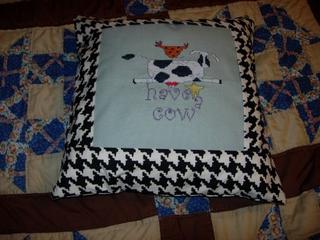 Posted by Lori Thornton at 9:44 PM No comments: 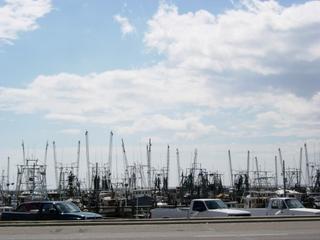 This is the harbor at Pass Christian, Mississippi back in March 2005.
Posted by Lori Thornton at 9:40 PM No comments:

Link - I've finally located more info on First Baptist of Long Beach, Mississippi. I'd visited that church earlier this year while on the coast. I knew it had been demolished from articles in the Sun Herald and from the NOAA satellite photos of Katrina damage. Florida Baptist Witness has this to say:


Disaster relief volunteers from First Baptist Church, Milton, have made almost daily trips to Mississippi since Hurricane Katrina to deliver water, food and ice, and offer clean-up assistance. They made it as far as Laurel, Miss., on the first trip and Biloxi, on the second. On Sept. 1, a group including Pastor David Spencer delivered water, ice, disinfectants, diapers and other supplies to Long Beach, a city west of Gulfport, and they have returned to Long Beach almost daily since then.

Spencer served as pastor of First Baptist Church, Long Beach, 16 years before moving to Milton in 1996. Hurricane Camille heavily damaged the church, located only a half-block off the Gulf, in 1969, and the church built a new sanctuary in 1973. Hurricane Katrina demolished all the church facilities, along with most of the city.

Spencer baptized Long Beach Mayor Billy Skellie, and Spencer made use of that connection to obtain permission to minister to the devastated community. Residents of Milton have filled the garage of Long Beach Pastor LaRue Stephens with water and supplies, and are currently working to fill a donated warehouse with everything from diapers to gasoline.

First Baptist, Milton, mostly recovered from Hurricane Ivan in 2004 but still suffering the effects of Hurricane Dennis in July, is reciprocating the kindness shone to them by the Mississippi congregation. First Baptist Church, Long Beach, brought 10 truck loads of supplies to Milton after Ivan struck there a year ago.

“They were so kind to us,” Spencer said. “They brought all kinds of supplies – fuel, food and even fresh fruit- right off the boats in Gulfport.”

Link - How the last people on campus got out of New Orleans!
Posted by Lori Thornton at 9:10 PM No comments:

Link - A resident of the Mississippi Gulf Coast says response was not slow. (I happen to agree.)
Posted by Lori Thornton at 8:57 PM No comments:

I haven't posted much lately. I've just been too overwhelmed by what I've been viewing on the television. I was well-acquainted with the Mississippi Gulf Coast and New Orleans. It is so sad to see such utter devastation. I've seen the images on television, the NOAA satellite images of the destruction, and the photo galleries posted by all sorts of photojournalists on the Web. Many of the images leave me in tears.

Disasters such as Katrina make us realize what is important and what isn't. I am so tired of hearing the "blame game." No amount of preparation could have prepared us for the enormity of Katrina's devastation. It takes time to clear roads and get into affected areas. The response was may not have been as immediate as anyone wanted, but I don't think that the blame game helps and I'm not sure that large level response was possible sooner because of the damage to roads and logistics of moving aid workers into the areas affected.

I have admired Haley Barbour's leadership in the crisis, but I've been dismayed with that of Ray Nagin and Kathleen Blanco. Why was the New Orleans disaster plan not followed? Why are there enough buses left in the city of New Orleans to have transported nearly 15,000 folks out sitting there underwater? Why did they put people in the Superdome without having emergency items such as food and water there? There are lots of questions to answer. Maybe one day we'll have them. I'm not saying Nagin and Blanco are to blame, but I do want answers to some of those questions. I've not seen a satisfactory answer yet.

After waiting all week, Knoxville finally received some evacuees. One lady that I'm sure had never been outside of New Orleans in her entire life was very impressed with the beauty of the region. I'm sure we'll hear more of their stories in the days to come.
Posted by Lori Thornton at 5:05 PM No comments: