Reading the Census when Indexes Fail to Locate the Individual

Monday night my persistence paid off.

As I reviewed information on Judd Emerson Leys, my second cousin once removed, I noticed a gap in my records for him. I lacked his 1940 census entry.

I knew he should be residing at 236 West Wood Street in West Lafayette, Indiana, where he was enrolled as a student at Purdue University. He resided there according to city directories from 1939 and 1943 already located.1  I also knew he continued to live at that address after graduating from Purdue and taking a job with the university as a store keeper.2

I searched in the 1940 census for him in Tippecanoe County. I tried the search by Leys only, by Emerson only, and by Judd only. All searches failed. I located the correct enumeration district for his address using the descriptions found at the National Archives' 1940 census web site.3 I found the pages for the enumeration district were slow to load at the 1940 census site, so I went back to Ancestry to locate the enumeration district and begin a page by page search for his street address. At the bottom of the 30th image (of 40) for the district, I found him. The enumerator used his middle name as his surname and his surname as his first name. He recorded an incorrect middle initial. My cousin was hiding as "Leys L. Emerson."4

Ancestry offered no record suggestions for this census, either on my tree or on records already located for him. Apparently I was the first Ancestry user to persevere and track him down with information I knew. I'll try to locate additional city directory information to fill additional gaps in my research of Judd until his death of "cardiac insufficiency" due to "muscular dystrophy" on 6 August 1957.5 Judd was buried in the Olio Township Cemetery in Eureka, Woodford County, Illinois.6

Posted by Lori Thornton at 6:00 AM No comments:

This Side of Murder

Verity Kent goes to an English island with some of her husband Sidney's acquaintances from the war. A letter accusing her late husband of treason caused her to go. She discovers the men are hiding something. A coded message is found in a book that belonged to Sidney. The gardener was a man Verity knew well, and his presence adds an interesting twist to the situation. I tolerated this book. The plot was just too convoluted. It reminded me of locked room mysteries, but it was not as well-written as many of those. I received an electronic advance reader's copy from the publisher through NetGalley with the expectation of an honest review.
Posted by Lori Thornton at 6:00 AM No comments:

The Life and Times of Martin Luther

Publishers are issuing many books on Martin Luther as we celebrate the 500th anniversary on the Reformation. Luther nailed his 95 theses to the door of the Wittenburg Church October 31, 1517. The action led to one of the greatest religious movements in history--the Protestant Reformation. Roth-Beck has written an engaging account of Luther's life for younger readers. He explains the religious culture of the time, how Luther came to be a monk, and how his studies led him to question the teachings of the church. The illustrations by Ensikat are well-done. There is a key to the illustrations at the end of the book, explaining each in further detail. While some younger readers would not be able to handle some of the vocabulary terms on their own, the book would make a great read-aloud book for parents to read and discuss with their children. The book will be very useful in Christian schools and home-schools. Even though it is aimed at a younger audience, it would provide a good overview for teens and adults interested in learning about Luther. I received an advance review copy of this title through LibraryThing's Early Reviewer program in exchange for an honest review.
Posted by Lori Thornton at 11:31 AM No comments:

The World of Laura Ingalls Wilder 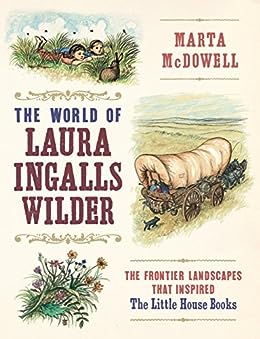 Author Marta McDowell takes readers to each location Laura Ingalls Wilder and her husband Almonzo lived, discussing things present and things omitted from the books. The book shows Laura's connection with the land, demonstrating the importance of agriculture in the era in which she lived. The book designed to celebrate the 150th birthday of the author is well-researched but written at a level most fans will enjoy. Its carefully selected illustrations add to the reading experience for the fan. The book would make a great gift for those reading the books for the first time or for a lifelong Laura Ingalls Wilder enthusiast. This review is based on an advance electronic galley provided by the publisher through NetGalley for review purposes.
Posted by Lori Thornton at 6:00 AM No comments:

An Echo of Murder 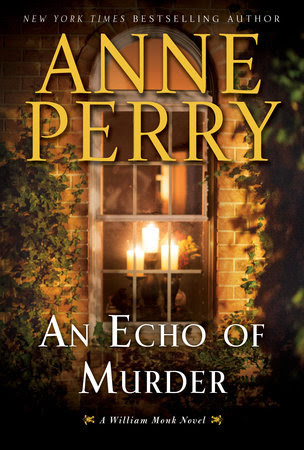 The murder of a Hungarian man whose shop faces the river brings Monk and his Thames River force to the scene. The crime is horrific--extremely violent, an act of hate--and accompanied by 17 candles, two of which are purple, and the smashing of Roman Catholic icons. A man, aspiring to be the leader of the Hungarian community in London, is first on the scene. His alibi is airtight. The man is very observant. Communicating with the Hungarian population is problematic.

Monk and Hester's adopted son "Scuff" is apprenticed to a doctor, coming in contact with Fitz, a doctor who served with Hester in Crimea. As the body count grows, the pressure to locate the perpetrator increases due to the growing unrest of the Hungarian community.

I do not read every installment of the Monk series, but I enjoyed this one very much. While any experienced mystery reader will be able to predict some of the action, certain aspects of this installment will keep readers interested. It held my attention--something most books failed to do recently.

I received an advance review copy from the publisher through NetGalley with the expectation of an honest review.
Posted by Lori Thornton at 6:00 AM No comments: 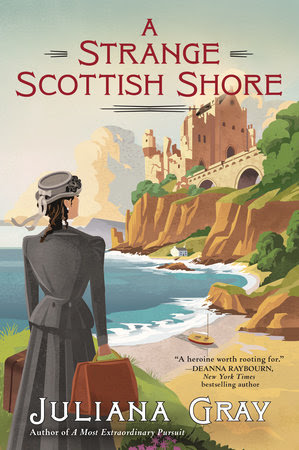 In 1906, the Duke of Olympia and his assistant Emmeline Truelove are called to the Orkney Islands to investigate an artifact purported to be a Selkie skin. Along the way, some important papers are stolen from Miss Truelove on the train. This book failed to draw me in and hold my attention. I found it confusing from almost the beginning. Some parts are simply too unbelievable, and others are missing connections needed to help readers process the action. Perhaps someone who enjoys the fantasy genre more than I do could make the needed stretches. I abandoned the book about 40% of the way into it. I received an electronic galley of the book for review through NetGalley.
Posted by Lori Thornton at 6:00 AM No comments: 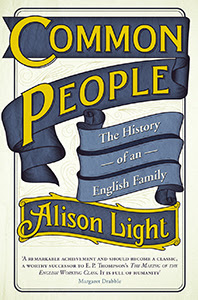 Historian Alison Light provides an excellent and readable venture into her own family's history, deftly demonstrating how one incorporates social history, local history, religious history, and more, to make ancestors come alive. She provides several very quotable phrases scattered thoughout the volume, certain to resonate with researchers adhering to the genealogical proof standard. My biggest complaint pertains to the "invisible endnotes" system employed by the editors. Readers deserve to know when something is being cited. The acceptable way of doing this is to provide a numbered footnote or endnote. I find the method employed by the editors lacking. In some places the author's aversion to religion manifested itself through condescending remarks. In other places where the opportunity presented itself, she refrained from such comments. This restraint maintained a bias-free environment in those portions of the narrative. Overall the book provided a commendable example in family history writing. Highly recommended.
Posted by Lori Thornton at 6:00 AM No comments:

Death of a Busybody

Inspector Littlejohn of Scotland Yard is called to assist DC Harriwinkle in the village of Hillary Magna when the village "busybody" Miss Tither is murdered. She displayed a "holier than thou" attitude and aimed to make people repent of their errant ways. Lots of people, as you can imagine, have motives, and a recently changed will provides an interesting twist. Suspicion even falls to the vicarage. Bellairs' carefully crafted plot will cause many to second-guess or change their minds along the way about whodunit. My biggest problem with the book is the naming of charcters. I'm not certain how intentional it was, but I felt the author was finding a way to belittle the church with his names. I'm glad British Library is bringing back these classics, and I thank Poisoned Pen Press for providing an advance readers e-galley for review purposes.
Posted by Lori Thornton at 6:00 AM No comments:

I'm reading (and digesting) a book by historian Alison Light focusing on her own family heritage. Yesterday I shared a quote on Facebook from her book. Today I want to share another, but here on the blog.

Unless it is to be simply a catalogue of names, the history of a family is impossible to fathom without coming up for air and scanning the wider horizon. Once the branches proliferate, families become neighborhoods and groups, and groups take shape around the work they do and where they find themselves doing it. Without local history to anchor it, family history is adrift in time.--Alison Light, Common People: The History of an English Family (London: Fig Tree, an imprint of Penguin Books, 2014), 31.


I want my ancestors to be more than just a name. Local history and social history provide context, breathing life into them. My ancestors interacted with others in their neighborhoods and communities. I need to research them. My ancestors worked. I need to find what they did and the social context for that job. If my ancestor was a farmer, what did he grow? What was the soil like in that region? What did others grow in the area? Did weather impact his yield? That's just a few question I could ask. While my progress in Light's book is not far, she demonstrated the needle-making industry in the area her ancestors resided and compared their business to others in the area engaged in the same industry. She discussed the typical jobs in the needle-making industry. It made her grandmother's family come to life for the reader.
Posted by Lori Thornton at 11:04 AM 1 comment: