A woman whose husband claims she suffers dementia goes missing in Scumble River. A woman who plans to take the high school principal to court turns up dead. School psychologist Skye Denison-Boyd, now on maternity leave, and her husband Wally, chief of police, investigate. While much of the plot is implausible as in many cozy mysteries, it's still an enjoyable holiday read set around Thanksgiving but referring to Christmas in places. I received an advance electronic copy through NetGalley with the expectation of an honest review.
Posted by Lori Thornton at 5:27 PM No comments:

Sam Blackman and his partner Nakayla Robertson investigate a death linked to the Pisgah Astronomical Research Institute near Asheville. The man's remains were found when equipment was brought in to help with current operations. He had been missing for decades. His former fiancee does not trust federal officials to get to the bottom of things because she thinks PAGI and other agencies covered up his disappearance. In the meantime someone burns Nakayla's home. Sam and Nakayla must work with several jurisdictional law enforcement agencies to get to the bottom of the case. I enjoy the series, but this installment did not hold my attention as much as some, likely because of some espionage elements. I learn odd bits of Western North Carolina history because of this series. The setting always delivers!  This review is based on an advance review copy provided by the publisher through NetGalley in exchange for an honest review.
Posted by Lori Thornton at 6:00 AM No comments:

The Giver of Stars 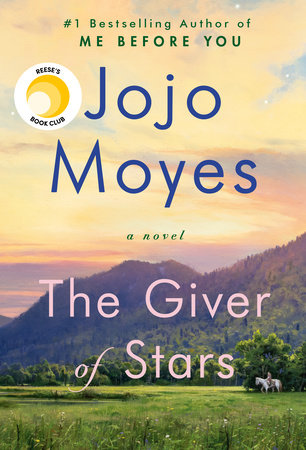 Set during the years of the Works Progress Administration, this novel weaves the story of a group of pack horse librarians in the Kentucky Appalachian area. Margery spearheaded the efforts in Lee County. Alice, the English wife of the mine owner's son, Beth, Izzy, a slightly crippled young woman, and Sophia, a black woman trained to work in Louisville's libraries for blacks, assisted her. Later others began to help. Some thought the books and magazines might be too unwholesome, but they helped achieve a higher literacy rate in the area. Unhappy in her marriage and beaten by her father-in-law, Alice moved in with Margery. When a drunken man dies, apparently of an injury caused by a library book, the mine owner points suspicion to the very pregnant Margery whose family had a known feud with the man's clan. The book generates interest in the important New Deal era of American history by bringing interesting characters fulfilling an interesting role to life. Although the book included some information on the role of church in the area, particularly in regards to what materials certain persons would read, I felt the author underutilized that element by failing to show characters regularly attending church. The book ably depicts the courage and bravery of the women in navigating treacherous terrain and in humanitarian efforts during a flooding situation. I received this book through a GoodReads giveaway. Although no review is required, one is appreciated.
Posted by Lori Thornton at 11:20 AM No comments:

The Way We All Became the Brady Bunch 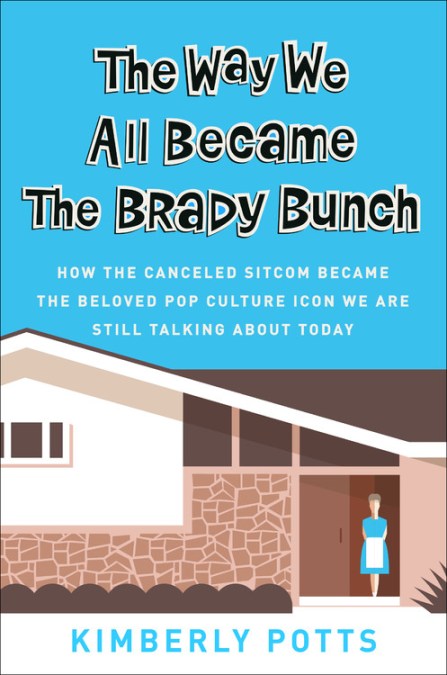 Potts, Kimberly. The Way We All Became the Brady Bunch: How the Canceled Sitcom Became the Beloved Pop Culture Icon We Are Still Talking About Today. New York: Grand Central Publishing, 2019.

Author Kimberly Potts provides insight into one of television's most beloved programs of all time. The Brady Bunch never garnered top ratings during its five seasons, but it remains popular 50 years after the first show aired in syndication. Several other programs featuring the Brady Bunch cast appeared throughout the years, sometimes with a "fake Jan" or "fake Marcia." We learn about the show's casting, about Robert Reed's hatred for the program, and more in the pages. Comparisons to other shows of the time and influence upon shows that appeared later are covered. The show's fans will want to own or read a copy of this book. The book provided a trip down memory lane as the author mentioned things I read on the pages of popular teen magazines of the 70s such as Tiger Beat. The book covers the recent HGTV renovation of the home used for exterior house shots. I received an electronic advance review copy through NetGalley in exchange for an honest review. The publisher classified this book under "Art & Photography" at NetGalley so I expected a little text with a lot of photos. Instead I got a lot of text and no photos. In spite of the disappointment, I still enjoyed the book.
Posted by Lori Thornton at 6:00 AM No comments:

The Body in the Dumb River

With flooding in the area, the local police find themselves stretched to the limit. Since Inspector Littlejohn of Scotland Yard wrapped up a case in the area, they call on him to investigate. The victim James Teasdale, aka Jim Lane, suffers the misfortune of being married to a woman from a snobbish family. He owned a carnival game attraction and spent most of the time on the road. His income helped maintain his wife's standard of living, but she nor her family knew how he really earned the income. While on the road, he lived with another woman to save money. Although the author includes several red herrings, the perpetrator seemed obvious. The writing style did not really grab me. I received an advance electronic copy from the publisher through NetGalley with the expectation of an honest review.
Posted by Lori Thornton at 6:00 AM No comments: