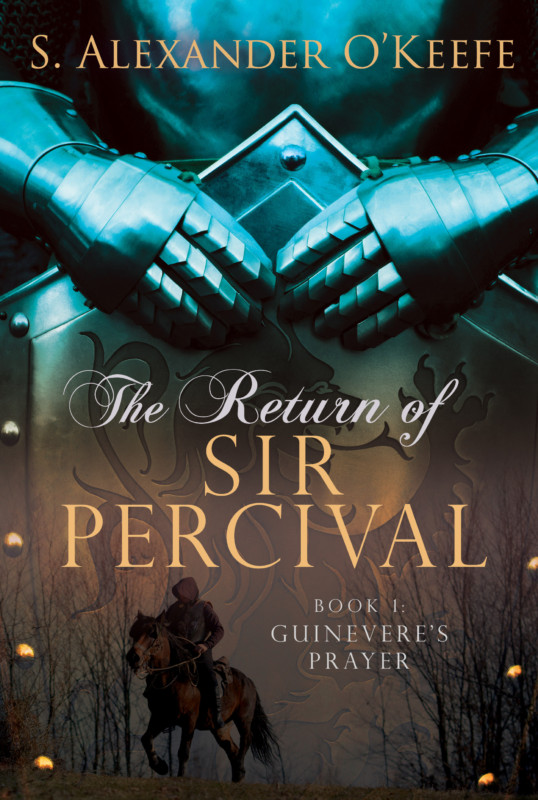 Sequels to classic literary works either work well or fail miserably. Fortunately this one keeps the reader looking forward to the story unfolding. It's ten years after the fall of Camelot. Everyone believes Sir Percival who went in search of the Holy Grail met his death along the way. Guinivere remains in the abbey. Merlin is still around, mainly putting his "magic" to use for medicinal purposes. Sir Galahad is going by the name Lord Aeron and serving the evil Morgana. This is a wonderful revisit with the Knights of the Round Table. O'Keefe does a great job telling his story, and it's certain to please those who love the Arthurian legend. It's one of my top reads this year. This review is based on an electronic galley provided by the publisher through NetGalley for review purposes.
Posted by Lori Thornton at 7:00 AM No comments: 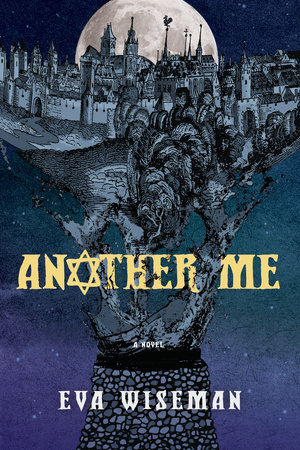 The setting is 14th century Strasbourg where the Jews are accused of poisoning the well water. Kaspar the butcher and his friends have begun persecuting the Jewish community. A Jewish boy named Natan became fascinated with Elena, the daughter of another draper but one who is fair. When Natan confronts Kaspar's gang about what he saw, he is killed and becomes an "ibbur," residing inside the body of Hans, Elena's father's apprentice. Soon the bubonic plague breaks out in the city, while the persecution continues. I am a huge fan of historical fiction, and this title sounded very promising. However, when the plot took on the "ghostly" element, my enjoyment plunged. To be fair to the author, the concept of the "ibbur" began to take hold in the late 13th century. I just felt it was unnecessary in this plot and the plot would be stronger had she allowed Natan to escape. I found the plot implausible. I enjoyed the historical parts about the persecution of the Jews and about the bubonic plague; however, I felt Wiseman's writing was not all that strong. The book is a bit of a mixed bag with some parts enjoyable and others not and with some parts plausible and others not. I received an electronic e-galley of the book from the publisher through NetGalley for review purposes.
Posted by Lori Thornton at 9:05 PM No comments:

Author Steelquist examines the habitat along the Pacific Northwestern United States coastline. He shows the diversity of plant and marine life in the region. I was a bit disappointed that the treatment of "places" received so little attention in the book that used that term first in its subtitle. The author generally gives about a page of information per species. A little information that ties it together is included toward the end of the book. The book would be useful for those planning to tour the northwest and are more interested in the natural habitat than the region's history. I received an advance e-galley of the book from the publisher through Net Galley in exchange for a review.
Posted by Lori Thornton at 2:00 AM No comments:

Author Lonnie Hull DuPont relates the story of her move from San Francisco back to her native Michigan. She and her husband purchased an old farm house where a little tortoiseshell kitten that would come to be called Kit Kat adopted them. The author's husband who had severe allergies to cats found he outgrew the allergy so the shots were no longer necessary. It wasn't long until a Russian Blue kitten also found her way to the farm to adopt them. This cat became known as Lucy. She relates the story of getting the two to adjust to one another. Cat owners will see some of their own cats in some of the antics. Kit Kat was misdiagnosed by one vet at an early age. She eventually was diagnosed with FIV. She lived life as full as she could until the owners were forced to put her down. Grab your box of tissues when you get to that chapter. Lucy ends up getting some new playmates and lives a long life. Cat people will enjoy this book which shows how much joy cats bring to owners' lives. This review is based on an e-galley provided by the publisher through NetGalley for review purposes.
Posted by Lori Thornton at 7:00 AM No comments: