This book actually tells of an event which took place early in Hannah Swensen's cookie-baking career. Hannah and her sisters charge their mom with recreating a Christmas Cake Parade like the one an older lady named Essie discusses. They discover a manuscript written by Essie. Hannah purchases the building which will become the Cookie Jar. We finally reached an "attempted murder" near the end of the book, but most of this is simply back-story. While the descriptions of eating the baked goods is quite good, I'm always frustrated by the "extra comments" in the recipes which make them difficult to use in a real kitchen. As a reader, I wish I'd been alerted in some manner this book, written as the 23rd installment of a series, is chronologically first (or wherever it may actually fall since it's been so long since I read the first installments). I received an advance egalley from the publisher through NetGalley with expectations of an honest review.
Posted by Lori Thornton at 6:00 AM No comments: 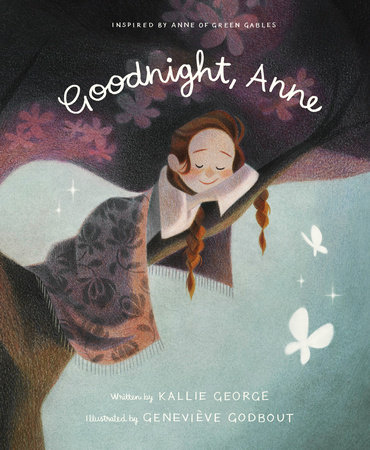 This picture book captures the whimsical nature of the original book and of the character Anne Shirley as she says good night to all the people and places we love in Anne of Green Gables. Both the text and illustrations were excellent. I'm not sure young readers unfamiliar with the main story will understand all the references, but lovers of the series will love this one. I received an advance reading copy through NetGalley with an unbiased review expected.

Posted by Lori Thornton at 6:00 AM No comments:

The Illustrated History of the Snowman While the history portions were more topical than chronological, readers came away knowing snowmen were around in medieval times and possibly earlier. The strength of this book is in its images. I found the photos of snowmen in popular culture fascinating. A town in Maine broke its own record in building the largest snowman--well, actually a snow woman. The book features the snowman in books, movies, advertising, postcards, art, war, and more. It's a fascinating book that features snowmen from around the world. I received an advance electronic copy from the publisher through NetGalley in exchange for an honest review.
Posted by Lori Thornton at 6:50 PM No comments:

How Does My Fruit Grow?

Muller, Gerda. How Does My Fruit Grow? Edinburgh: Floris Books, 2018.

This picture book features more text than many do but would be a good book for early readers, although some vocabulary terms may be a little advanced. The illustrations are nicely done. An interactive activity in the front and back of the book encourages readers to match the numbered fruit to its numbered flower. This book would work well with a unit on edible plants. I received an advance electronic copy from the publisher through NetGalley with the expectation of an honest review.
Posted by Lori Thornton at 6:00 AM No comments: 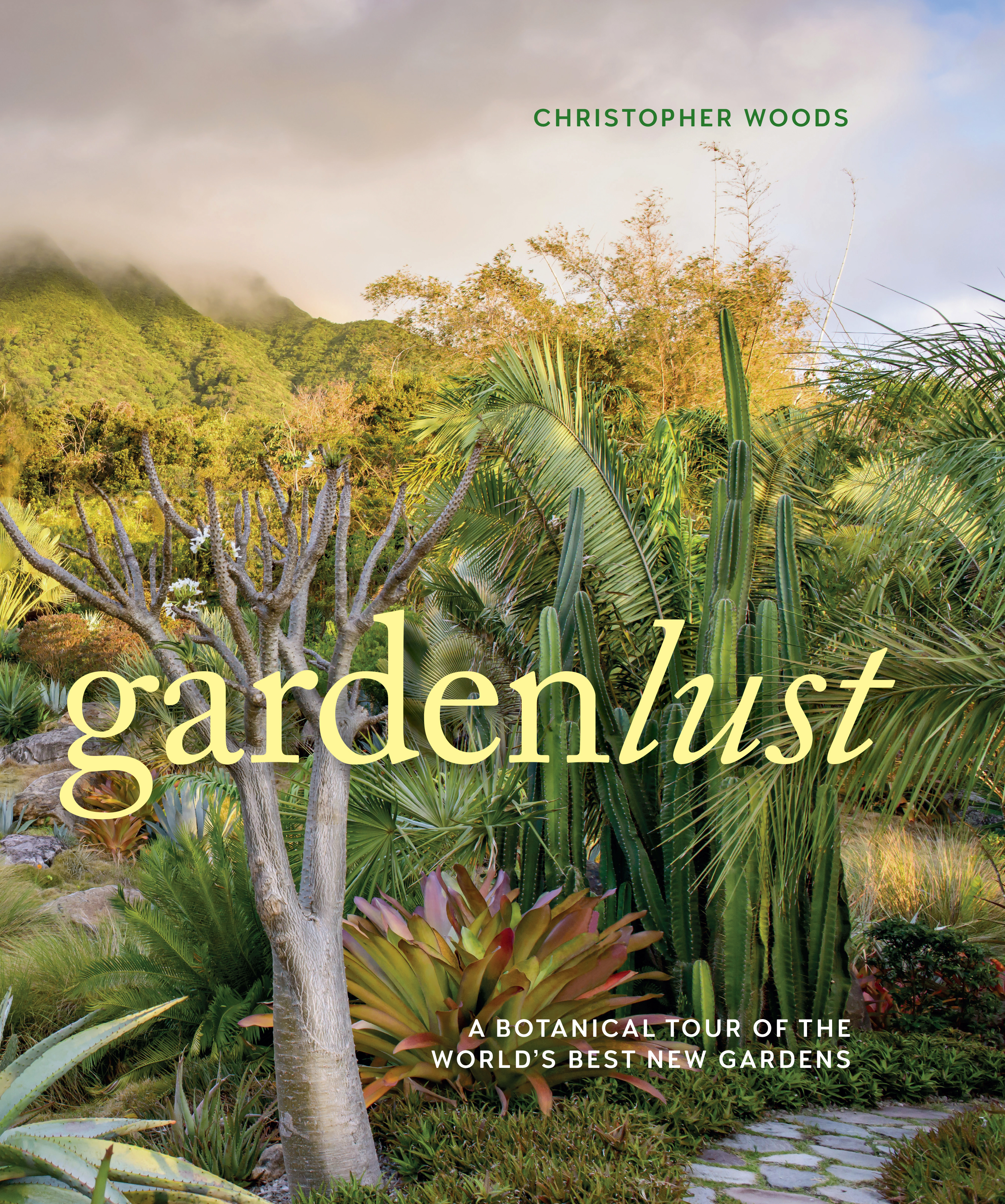 Readers of this volume encounter a wonderful armchair tour of some of the world's more recent but wonderful gardens. Each entry includes a little about the garden and its creator in narrative form as well as photos. Some gardens received more extensive treatment than others. On the list:

I visited Chihuly Gardens when I visited Seattle a couple of summers ago. I realistically might make it to no more than a handful of the remaining ones in my lifetime. I really loved both gardens on South Island in New Zealand as they sported gorgeous ocean views. One of the South American gardens did also. While I thought a few of the gardens were not that pretty, the majority were captivating. Woods' choices omitted far too many countries. For example, why was no garden from Canada included? Italy? Russia? I'm not up on the latest and greatest in world gardens, but I'm sure each of these countries had something to offer.

I enjoyed my armchair tour and look forward to possible future visits to a few of these. I received an advance review electronic copy of the book from NetGalley with the expectation of an honest review.
Posted by Lori Thornton at 6:00 AM No comments:

A Boy and a House

This wordless picture book by Slovenian author Maja Kastelic features a boy following a cat into and then through an old house. Along the way, he finds drawings scattered about rooms. The rooms are filled with "vintage" items. He finds a surprise awaiting in the attic. Although the book contains no words, it will certainly produce a lot of discussion for children who will be curious about what is contained in the picture. I believe the pictures were created with watercolors, but they are fairly "drab", probably in an effort to invoke the "old house feel." Just the thought of an unsupervised boy of this age will make many parents and other adults cringe, but others will view it as a product of another culture or as historic. I downloaded this "Read Now" title from NetGalley with the expectation I would write an honest review.
Posted by Lori Thornton at 6:00 AM No comments:

Merci attends a private school by doing "community service." Her friend is jealous of her assignment since Merci is assigned to help the friend's "crush." At the same time, Merci's grandfather Lolo, to whom she is quite close, is declining rapidly due to Alzheimer's Disease, and Merci doesn't really understand what is going on due to the family's decision to keep her in the dark. It's a coming-of-age tale which may appeal to middle school readers at the moment but probably lacks an enduring quality. Additional editing would shorten and make the story stronger. The author includes some common Spanish words in the story which are not translated for the reader. I suspect many middle school readers, particularly in Southern and Southwestern States with many Mexican and Central American immigrants, will not need a Spanish dictionary nearby, but I anticipate it might create problems for those with little exposure to the Spanish language. The book probably works best for middle schoolers with family members suffering from dementia. I received an advance e-galley in exchange for an honest review through the publisher via NetGalley.
Posted by Lori Thornton at 6:00 AM No comments:

The Murder of My Aunt

In an amusing plot, Edward tries to kill his Aunt Mildred. I didn't really care for Edward who lacked ambition, with the exception of ridding the world of his aunt, or Aunt Mildred, who was too controlling. I really wanted something with more of an investigation. We don't really get any sense of any suspicion that follows through with investigation until the final chapter. The structure is different, but I did not like it. I received this advance review copy through NetGalley with the expectation of an honest review.
Posted by Lori Thornton at 6:00 AM No comments:

Liberty University professor Karen Swallow Prior discusses twelve literary works in light of Christian virtues portrayed in each. She utilizes other literature, theological and Biblical studies works, philosophy, and classics to reach her conclusions. The work is divided into sections for the cardinal virtues, theological virtues, and heavenly virtues.

Contents include:
Prudence: The History of Tom Jones, a Foundling by Henry Fielding
Temperance: The Great Gatsby by F. Scott Fitzgerald
Justice: A Tale of Two Cities by Charles Dickens
Courage: The Adventures of Huckleberry Finn by Mark Twain
Faith: Silence by Shusaku Endo
Hope: The Road by Cormac McCarthy
Love: The Death of Ivan Ilych by Leo Tolstoy
Chastity: Ethan Frome by Edith Wharton
Diligence: Pilgrim's Progress by John Bunyan
Patience: Persuasion by Jane Austen
Humility: "Revelation" and "Everything that Rises Must Converge" by Flannery O'Connor

These essays would create great discussions in classes covering those works, particularly in Christian liberal arts universities. They could also serve as models for writing essays on literary works. This review is based on an advance review copy received from the publisher through NetGalley with the expectation of an unbiased review.
Posted by Lori Thornton at 6:00 AM No comments: