When I first saw this book, its subtitle was "essays and poems." When I received the book, its subtitle was "selected essays." I love Mary Oliver's poetry so I was curious about her writing in the essay format; however, I really was not that thrilled about the book having very little poetry of hers with a couple of exceptions, introducing the book and perhaps one section. I was, however, pleasantly surprised that many of her essays were almost poetic because of the way she described things. In one section she reflects on the writings of other poets, and parts of their poems are included. I found all of the essays readable, but a few did not quite live up to the poetic characteristic of others. Still, all in all, it is a good collection, even if I was disappointed Oliver's own poetry was not really present. This review is based on an advance review copy received by the publisher through NetGalley for review purposes.
Posted by Lori Thornton at 7:00 AM No comments:

Margaret Atwood did a remarkable job re-imagining Shakespeare's The Tempest. Since his release as artistic director of the Makeshiweg Festival, Felix Phillips has been going by the name Mr. Duke and teaching theatre to a group of prisoners at a medium security institution. He calls his group the Fletcher Correctional Players. The class is more than simply theatre, but he uses theatre as a means to teach other material and critical thinking to the inmates. When the person who had him ousted is set to visit the facility in his official governmental role, Felix sees his opportunity for revenge. He decides to perform The Tempest. He chooses the role of Prospero for himself, gets the woman who was to play Miranda before he was ousted to portray her in this version, and assigns the inmates their roles.  This work is certain to please Shakespeare enthusiasts as well as those who love Atwood's writing. I received an electronic copy for review purposes from the publisher through NetGalley.
Posted by Lori Thornton at 6:00 AM No comments:

I was looking forward to this book, thinking perhaps the author was using the Scriptures and passages of Shakespeare to create devotional thoughts. I was disappointed when I opened the book to find only the passage from Shakespeare at the top and the Scripture at the bottom with a few pages of short "facts" about Shakespeare or his times scattered in between. This is definitely a marginal purchase for most persons and libraries as other books treat the subject better from both an academic and devotional point of view. The bibliography at the end of the book is probably the most useful aspect of the entire volume. This review is based on an advance uncorrected proof e-galley provided by the publisher for review purposes through NetGalley.
Posted by Lori Thornton at 7:00 AM No comments:

Abandoned read. Napoleon was exiled to the island of Saint Helena in the South Atlantic in 1815. His residence was not fully renovated so he spent time near the Balcombe family home. Betsy Balcombe, in particular, became a friend of Napoleon for the remainder of their lives. Keneally's well-researched novel focuses on the strange relationship between the two. What the novelist failed to do was create anything that engaged me as a reader. I made it approximately one third of the way into the book before deciding to quit reading it. Other persons may find the book more engaging than I did, particularly if they have a strong interest in Napoleon or enjoyed other books by the author. This review is based on an advance reader's e-galley provided by the publisher through Edelweiss for review purposes.
Posted by Lori Thornton at 6:30 AM No comments: 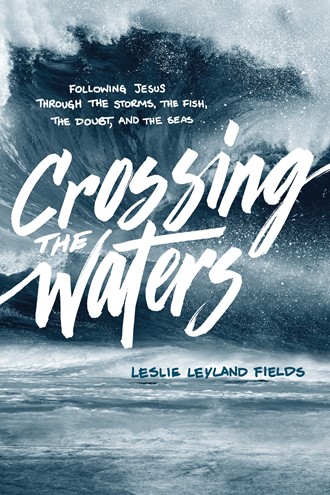 Fields, Leslie Leyland. Crossing the Waters: Following Jesus Through the Storms, the Fish, the Doubt, and the Seas. Colorado Springs: NavPress, 2016.


Fields, the author of this volume, resides in Kodiak, Alaska, where she works with her family in the commercial fishing industry. This book relates stories from her own experience. She also travels to Israel where she visits the waters Jesus himself frequented -- the Sea of Galilee and Jordan River. I found the narrative to be fairly rambling, jumping around in locations of the stories, and making the reader question how they got from Alaska to Israel. I felt the narratives needed further editing to really polish them and have the desired impact. The Bible study materials in the appendix were quite good and probably could be used whether Fields' main book was read or not. I received an advance electronic copy of the book through Edelweiss for review purposes.
Posted by Lori Thornton at 7:00 AM No comments: