Where Did You Get Those Eyes?

Cooper, Kay. Where Did You Get Those Eyes?: A Discover It Yourself Book. New York: Walker, 1988.

A dated introductory genealogy book for children that is probably not going to draw any young person into genealogical research.  (2 stars)

Sorry! Today's review is not a favorable one, and there isn't even a cover image to go along with it.  The book I borrowed had a red cloth binding.  However, we know that not every book published is a winner. This is one of those examples.

This is part of the Friday series on children's literature and genealogy.
Posted by Lori Thornton at 3:00 AM No comments:

While I liked the idea of a children's book based upon the genealogy of Jesus, this one left a bit to be desired. The phrase "he had" was over used, and sometimes in an effort to make things rhyme, things became a bit awkward. The book was conceived as a song and later put in book format. Some annotations were made, but they are nothing that is going to grab a child's attention. The illustrations are better than those of many Christian children's books, but they are not outstanding. I really recommend just getting a children's version of the Bible and reading the account from the Bible to a youngster rather than using this book. There was a CD with the song sung included with the book. It's very acoustical.  (2 stars)

This is a special Christmas day posting for the children's book and genealogy series.

Mark does not want the photo of his great-grandfather Avram of Russia hanging outside his room. His grandfather tells Mark the story of Avram and his father's immigration from Russia to the United States. A special shofar's horn is part of the family's heritage that plays an important part in this story.  It is nice to see the change that his grandfather's story brought about in Mark's way of thinking.  (3.5 stars)

This is part of the Friday series on children's literature and genealogy.

This is a collection of reproducible handouts designed for teaching students in grades 6-8. The handouts cover topics relating to social studies, primarily in the study of family history and immigration, and biological aspects of DNA. The book was published in 1998 and as such does not reflect much of the current genealogical understanding of DNA. Most of the information is not really incorrect, it could just be supplemented by some newer material to add to the foundation built with the biological understanding of DNA. The activities provide some great prompts for discussing family history with children of this age. Although the handouts are licensed only for single-classroom use, the book could be used as a workbook in another setting or at home for a child showing interest in his family history.  (4 stars)

This is part of our Friday series on children's literature and genealogy. 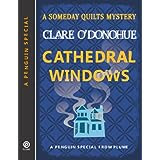 This novella, featuring Nell Fitzgerald, centers around 3rd grade teacher, Charlie. Nell is teaching the schoolchildren of Archers Rest piece together quilt squares which will be used for quilts to be sold as fundraisers. When Charlie's home catches fire and it is determined to be arson, suspicion turns to Charlie. Nell is determined to prove that Charlie is innocent so that he can enjoy a Merry Christmas. While it's not great literature nor is it meant to be, it does provide a nice escape with a happy ending which is what many readers want around the holidays. Many people would love to be part of a community such as Archers Rest where people love you unconditionally. I received this as an e-galley from the publisher through NetGalley with the expectation that a review would be written.
Posted by Lori Thornton at 3:00 AM No comments:

Louis has a school assignment about his family history. He has no interest in his assignment, but his mother becomes very excited as she recalls the story of her Jewish grandfather's immigration from Poland to Brazil just before Poland is captured by the Nazi and his family's escape from Poland just in the nick of time.  The story alternates between 1939 and 2004. The historical portions of the book work far better than the present. The present simply does not flow and is not very plausible.  This one can be skipped by most readers unless the family has a similar migration pattern.    (2.5 stars)

This is a part of our Friday series on children's literature and genealogy. Please note that his book was originally published as Dos continentes, cuatro generaciones in May 2009.  If you have a Spanish speaking child, this story might be useful.
Posted by Lori Thornton at 3:00 AM No comments: