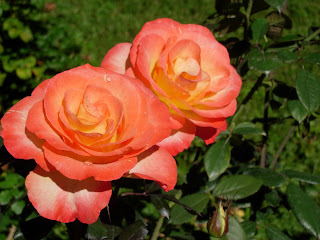 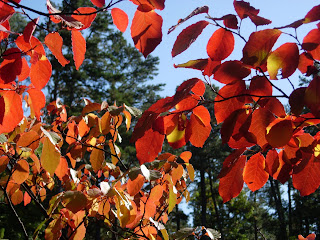 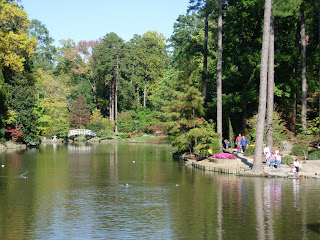 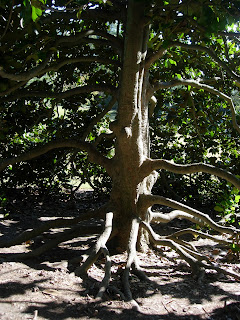 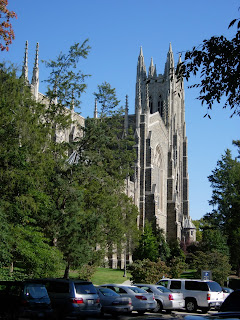 Posted by Lori Thornton at 7:36 PM No comments:

As I was cataloging books today, I came across a typewritten sheet inserted into a book. It's heading read "The Lord's Prayer." The following claim was made:

The following beautiful version of this prayer was found at Corinth, Mississippi by A. P. Green of Auburn, Indiana on the morning of May 30, 1862, just as the Confederate forces evacuated the city. These lines were printed on very heavy satin bearing the date of July 4, 1823.

This seemed to me to be a pre-Internet version of one of those nice inspirational things that get passed around to "everyone in your address book" with the additional stipulation of "send it back to me." I was curious and decided to see what I could find!

I found nearly the identical text at a church's web site with a claim that it was found in Charleston, South Carolina during the Civil War. They were also found here with the Charleston claim and the additional information about having been printed on satin.

According to this list found at the Dekalb INGenWeb site, there was an Alexander D. Green who was mustered in 25 Oct 1864 and out on 14 Sep 1865. If those were found in 1862, this was not the Green of the poem.

I ran out of time to keep researching to see if there was an A. P. Green from Indiana who could have been in Corinth (or Charleston) at the time of one of those battles. I just didn't have time to check all the regimental histories and check surrounding counties, so what I'm doing is inviting other genealogists to see if we can verify the claims of this or if we can disprove them!
Posted by Lori Thornton at 2:27 PM No comments:

I've been tagged in the 25 things meme by Bill West of West in New England.

1. Living in Cincinnati
2. Working as a reference librarian for a college and seminary
3. Working at the National Quartet Convention and other events for the Southern Gospel Music Association
4. Traveling and singing in churches quite a bit on weekends
5. Researching the family history

Now, I'm supposed to tag 5 people. I don't have time to figure out who has been tagged and who hasn't. I think most have already been tagged, so I'm tagging people who read our blogs but don't have one of their own. Just respond in the comments!
Posted by Lori Thornton at 12:48 PM 3 comments:

Email ThisBlogThis!Share to TwitterShare to FacebookShare to Pinterest
Labels: meme

Poverty, Our Ancestors, and Responding to Needs

Many of us came from families who were poor. While I have some ancestors who came from affluent backgrounds, I had more than came from impoverished ones. A simple look at the value of lands on census records or on tax assessment lists verifies this. I've heard many of the family members I knew who grew up through the Great Depression talk about how little they had. However, they also freely admit that almost all of their neighbors were in the same boat that they were.

When I think about poverty, I am reminded of the words of the Apostle Paul to the Christians in Philippi. He said:

But I rejoiced in the Lord greatly that now at last your care for me has flourished again; though you surely did care, but you lacked opportunity. Not that I speak in regard to need, for I have learned in whatever state I am, to be content: I know how to be abased, and I know how to abound. Everywhere and in all things I have learned both to be full and to be hungry, both to abound and to suffer need. I can do all things through Christ who strengthens me. Nevertheless you have done well that you shared in my distress. (Philippians 4: 10-14, NKJV)

I love to read that Paul was content no matter what his situation was. With the financial worries of the past few weeks, many have been left to wonder if their economic conditions will worsen. Paul's contentment was not based upon his wealth (or the lack thereof). For him, Christ was enough. I believe that many of our ancestors didn't worry much about their poverty. I believe that they were content, just as Paul was, in whatever circumstance they found themselves. There were a few who weren't. However, I believe that many were!

I'm very grateful to belong to a great church that does try to minister to the needs of those who are hurting financially. We don't want people to go hungry. However, we want to minister to them spiritually as well. Just as the Philippian Christians ministered to Paul's needs, we need to be reaching out toward those who are in need.

Reading through a lot of older records, you will find accounts where finances or material goods were granted to those who were in need. There were even overseers who were charged with this.

Even this practice has Biblical roots in that the deacons were appointed specifically for that reason.

Now in those days, when the number of the disciples was multiplying, there arose a complaint against the Hebrews by the Hellenists, because their widows were neglected in the daily distribution. Then the twelve summoned the multitude of the disciples and said, “It is not desirable that we should leave the word of God and serve tables. Therefore, brethren, seek out from among you seven men of good reputation, full of the Holy Spirit and wisdom, whom we may appoint over this business; but we will give ourselves continually to prayer and to the ministry of the word.” (Acts 6: 1-4, NKJV)

I wonder if our early government officials were following a Biblical example in responding to the needs of the poor in their communities.

This post was submitted for Blog Action Day.
Posted by Lori Thornton at 12:01 AM No comments:

Email ThisBlogThis!Share to TwitterShare to FacebookShare to Pinterest
Labels: poverty

It's amazing how as genealogists, we can sometimes go back to our sources and look at them with fresh eyes. Tonight I looked at some of my Aldridge data from Alabama and North Carolina in my database and noticed that I'd probably entered it before I switched to a program that allowed footnotes! I decided to go back and put in the sources, but when I did, I added a little information in the "notes" field. You see, I had completely left out the listed bondsman and the witness for both Prince William Aldridge and Isham Aldridge. The same person served as bondsman for both. The same witness served in both marriages. I'm sure that I had omitted that in my old database (from the early to mid 1990s) which gave me only 10 fixed width lines in which to enter information because I just didn't have room for it. Fortunately I had copies of my sources which listed these. I don't really know how to connect the bondsman with the family, but I'll be looking for a link now. The witness' name jumped off the page at me. It was "William Johnson." You see, the Aldridges had close associations with the family of Price M. Johnson after moving from Wilkes Co., NC to Alabama. Now, I'm wondering if this William could be Price's father. One of Price's sons was named William, but he's a little further down the line than I would expect in a naming pattern if he named after either spouse's father. That's not to say that it is not possible.

Now, I just need to make a trip to North Carolina to get the actual marriage bonds and to do more research!
Posted by Lori Thornton at 8:55 PM 3 comments:

Email ThisBlogThis!Share to TwitterShare to FacebookShare to Pinterest
Labels: Aldridge

My church, First Baptist Church of Morristown, celebrated its 205th anniversary today. We got our start as Bethel Church way back in 1803. Today, we worshipped in a newly renovated worship center. It was an incredible day as we heard from 4 former pastors (two live and two by video) and from our current pastor. The service began with the blowing of the shofar. After the choir came in, a replica of the ark of the covenant was brought forward. The Celebration Choir (of which I'm a member) and Orchestra led in worship throughout the service. I don't want to say we performed because it was not a performance. It was Praise to God! Worship! It was an incredible service! We had several baptisms, and we had some people join the church. One memory that I'll always have of this day was that we didn't have enough chairs up in the choir. There were three of us sharing two chairs! We learned pretty quickly that we had to sit down in a certain order for it to work out as we had to get up and down several times throughout the service. How Great Is Our God!

By the way, this is my 900th blog post, and I can't think of one that I'd rather have in this position!
Posted by Lori Thornton at 5:14 PM 1 comment:

Whose Body Is It?

Terry Thornton pointed to an article in the Monroe County Journal (a merger of the Amory Advertiser and Aberdeen Examiner, both of which were owned by the Northeast Mississippi Daily Journal). Why didn't they give the section/township/range? Have they checked to see if the casket company's business records from that time period are available? (Nothing via NUCMC, but I'd sure love to know if anyone knows if there are any records of the company in Cincinnati which sold Fisk's coffins which still exist.)
Posted by Lori Thornton at 5:14 PM 1 comment: