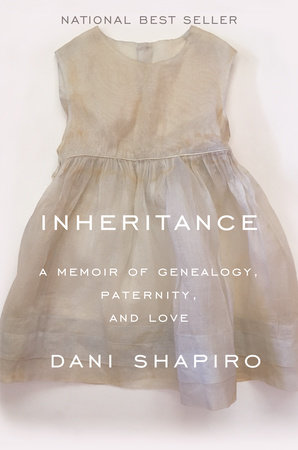 Dani Shapiro took a DNA test. The man she believed to be her biological father was not. She discovered her parents difficult conceiving a child led them to a clinic where her mother was artificially inseminated not with her father's sperm but with that of a young doctor. A first cousin match led to the man's identity. Correspondence between Shapiro and her biological father took place. The eventually met. While I enjoyed the DNA story, the publication of the memoir revealing the man's identity appears to be a violation of genetic genealogy ethics, particularly when she continually voiced the man's concern for privacy. I received an advance electronic copy of the book from the publisher through NetGalley in exchange for an honest review. I hope the final version includes her biological father's consent to be named.
Posted by Lori Thornton at 6:00 AM No comments:

A woman who bore four sons expects to die soon. Two of the sons were declared dead in the war. The other two live. A man claiming to be her son David shows up. Is he who he states he is? The woman believes he is. The two sons do not.  Will the sons be able to prove he's an impostor before she dies--or will the alleged son inherit with a changed will? It's a pleasant way to spend a few hours. I either read this book previously or one with a very similar plot because the plot seemed familiar all the way along to the ending. I received an advance copy from the publisher through NetGalley with the expectation of an honest review.
Posted by Lori Thornton at 6:00 AM No comments:

Cartoonist Debbie Tung's book will be adored by bibliophiles everywhere. It's not really a graphic novel. It's more of a collection of thoughts on books and reading with some of them serialized over several pages. It makes a perfect gift for the book lover. I received an electronic copy of the book from the publisher through NetGalley with the expectation of an honest review.
Posted by Lori Thornton at 6:00 AM No comments: