I had breakfast in the hotel. Then we headed over to campus. Once again the heat was awful. However, I decided to head to Mt. Auburn Cemetery in Cambridge. I hopped on the T and took the red line to Harvard Square where I caught a bus to the cemetery. This is a wonderful garden cemetery. 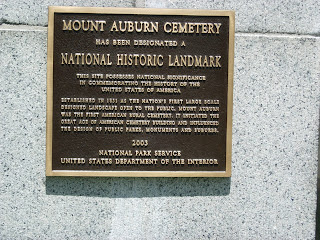 Information is located in this chapel. They have a video that tells about this cemetery's history. It was nice to sit in air conditioning for awhile. 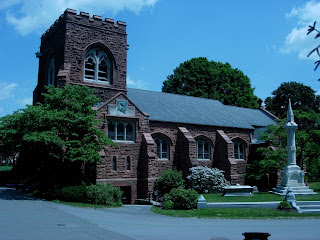 Some of the cemetery's beauty! 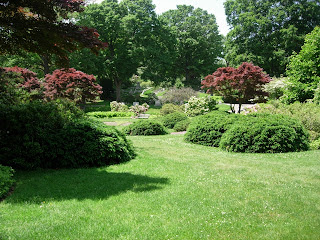 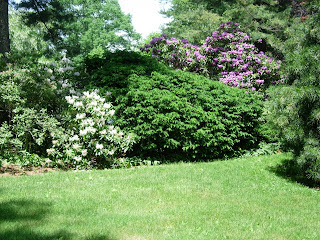 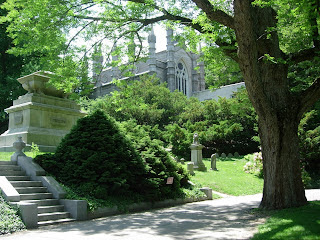 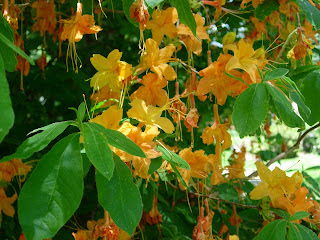 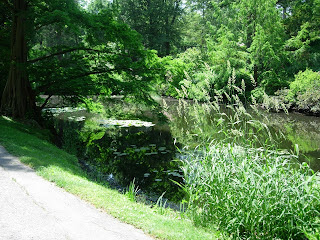 Some notable burials include . . . 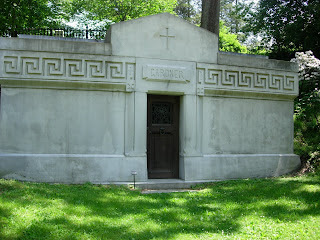 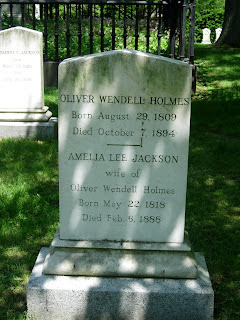 Mary Baker Eddy - This is just the top of her monument! 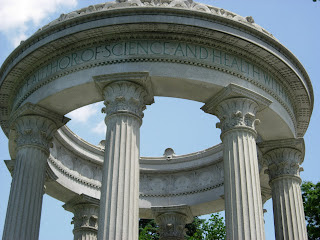 And Henry Wadsworth Longfellow (front and back of monument) 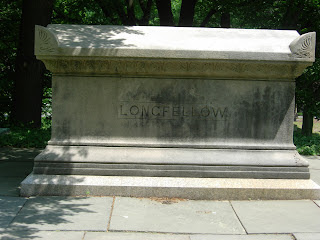 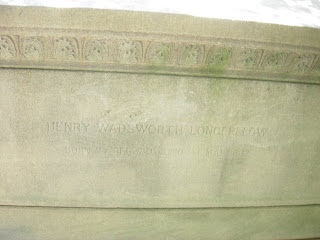 I would have loved to stay longer, but the heat was sweltering. As it turns out, it was good that I left when I did because there was a train that became disabled in front of us on the T, and we had to wait for awhile at several of the stations on the return trip to the Wollaston station. I was so hot that I skipped lunch and opted for a frappe at Brigham's instead. (Thanks for reminding me about them, Bill.)
It wasn't long then until the Presenter's meeting at the conference. Since I'm presenting, I had to attend. Then was had the first conference meal--carved roast beef! 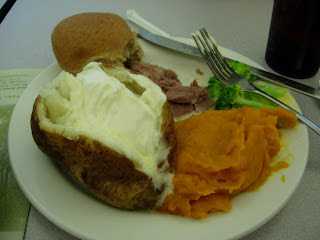 Our opening reception was at the Josiah Quincy house, a few blocks from the campus. 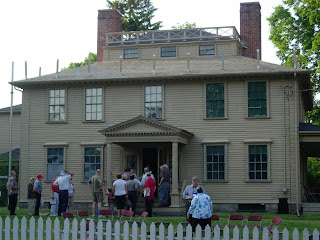 "John Quincy Adams" spoke to us at the meal and then joined us at the reception where he spoke to us in character. Some of us from Tennessee considered telling "Mr. Adams" that Andrew Jackson would like to face off with him in a duel, but I don't think any of us did. 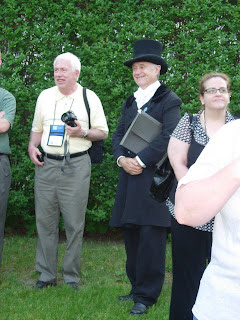 After that I had a liberal arts section leadership team meeting.
Posted by Lori Thornton at 10:19 PM